Posted 3 years ago on January 23rd 2017 by OppressiveDuke

today between 11am and 2pm GMT we deployed the new IRC server.

The disruption was planned to last only a couple of minutes, but sadly we had some issues getting everything back together.

The IRC server should now be running as usual and, most importantly, the connection limit has been ch

Updated server software have been installed.

We’ve had a lot of requests to change how often we allow users to change their name, and we understand both sides of the argument: It can be frustrating to be stuck with the name “Chuck”, while it’s also frustrating to attempt to identify who’s who and what’s wha

A server maintenance is planned Friday 27 December, at 9 AM UTC.
It will be as short as possible, probably less than an hour.

The lobby, the website and the forums will be unavailable during that time.

The proxy server should solve any connection issue.

It has been upgraded today :

If you suffer from connections problems, please upgrade to this non-mandatory version (0.8. 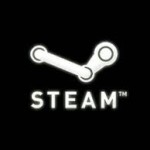 This protection is there to reduce the amount of smurfs.

Smurfing is utilizing an account with a lower ranking than usual to beat up on lesser players.

It is now p

We are currently transitioning to the new server. If you read this, you are currently using it.
That server is prepared to run Galactic War ( Don’t forget to help us !! The deadline is near, and we still need some money to make it happen !)

If you have any problem, please report on the forum.