We just released an hot fix (3698) for the AI taking over the player in the ladder, which was not suppose to happen. This hot fix should also fix the no rush timer enhancement from 3697 . It wasn’t working due to the new executable that wasn’t correctly shipped in.

Global score will be the rating to go by in this tournament. Both players need to be with in the rating cap of 3300 Global points
Master = O1500
Apprentice = U1300

It’s been quite some time since we had our last game patch.
If my memory doesn’t trick me then the last one was probably last December actually.

The rule changes below are not retroactive and are for the moment subject to change as we work towards improving and consolidating the rules. Keep in mind that lobby rules in essence apply not only to #aeolus but also to your in-game behavior. If you have any suggestions or concerns please contact

At the conference, we will disc

You have to the of 1st of SEPTEMBER AEST Which will be the end of august if you don’t live in Australia
Create a 10km map and submit the name here. The best authors will be awarded prizes.

RaqSam has opened up a French FAF server for our users. If you’re interested in joining, you can do so by using this invite: https://discord.gg/G7Kh5aW

The rules of their discord are the same as our official server, and they have a channel set up that is linked to the French c 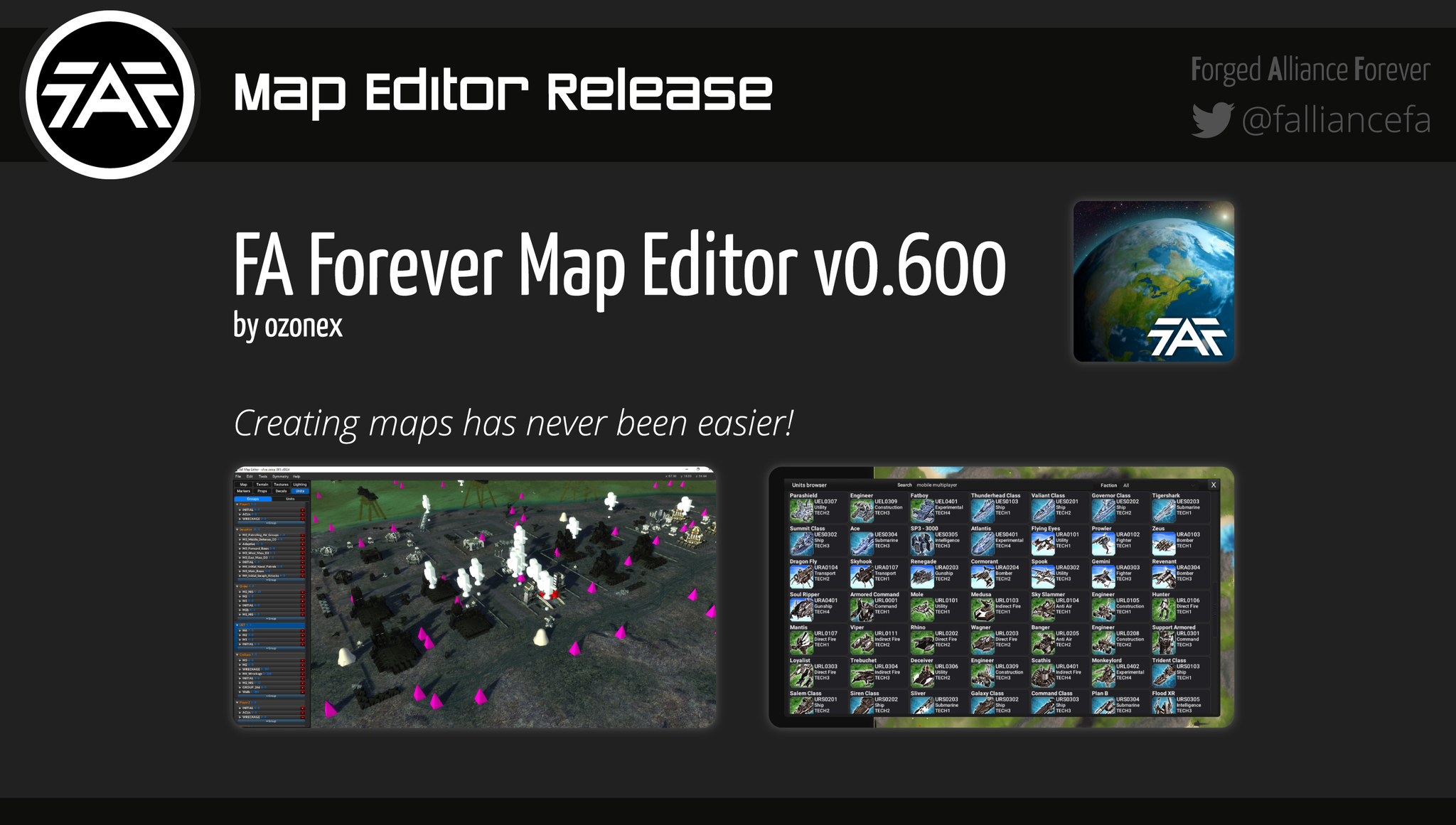 FA Forever Map Editor v0.600 has been released. This is first of new v0.6xx series. Creating maps has never been easier!